23 Feb Pregnant After Miscarriages, Fires and the Virus 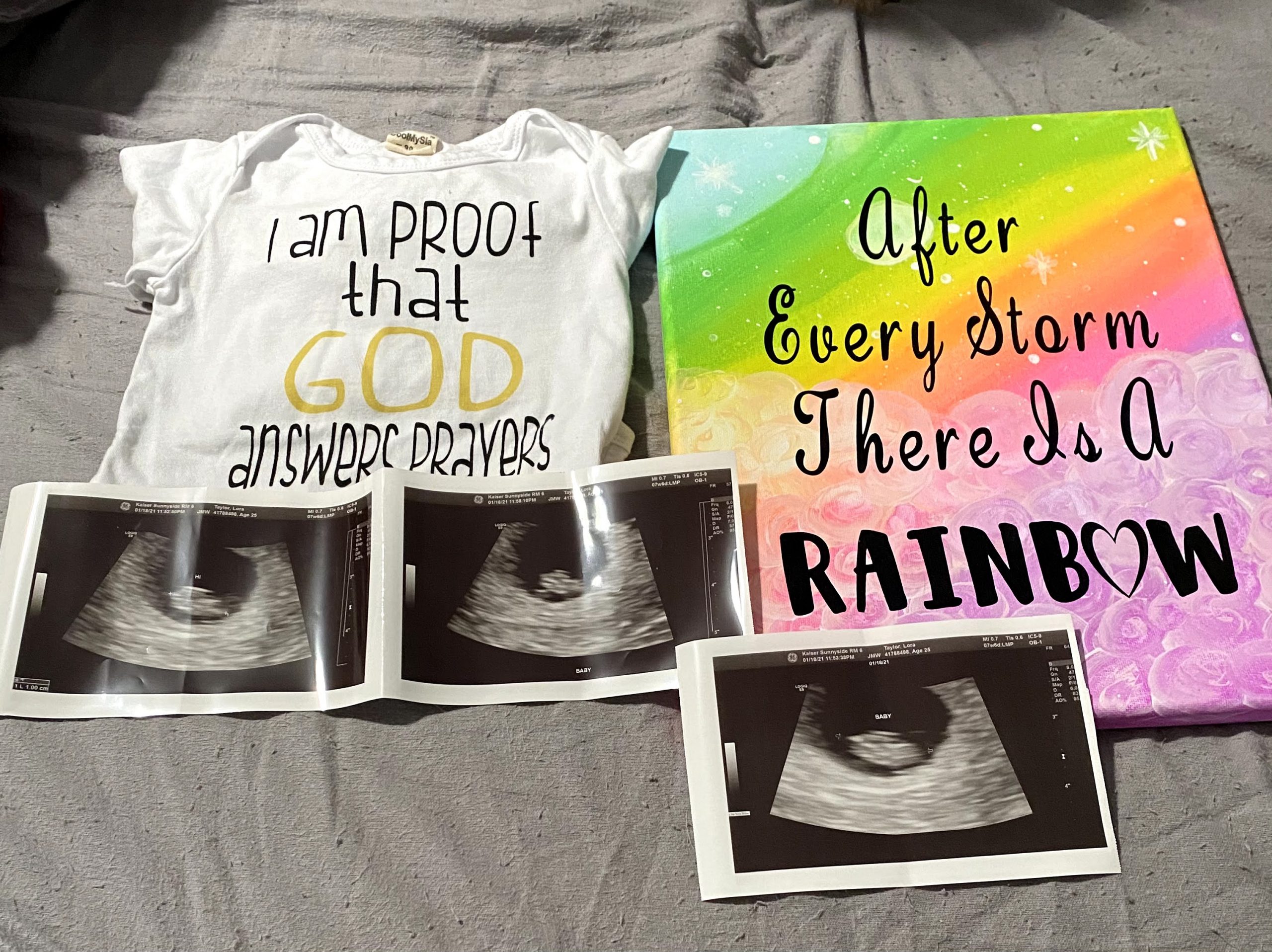 My testimony begins with my husband and I a year and a half ago deciding we wanted to start a family.

We began trying August 11th, 2019. Praying, being steadfast and preparing ourselves for a baby. We tried for months and always got pretty heartbroken when we didn’t get a positive. We tried and tried and then November 14th 2020, I got a positive test. We were excited and happy.

That all came crashing down one night while I was at work and I started bleeding and puking. After being examined by the doctor, they confirmed that I miscarried my beautiful baby at 4 weeks. But we held tight to hope and started trying again in January 2020. We were hit by the pandemic and I ended up with Covid-19 in April of 2020. We made it through that and decided we would try again in May. May 2020 we began trying again. This time we had some hope because by June 24th I was 4 days late.. We tested but our at home tests were negative. June 26th I went in for blood work, in which they confirmed that my levels at one point had been elevated but they were down to a 6 which was too low for how far along I should have been. 2 days later, I miscarried our 2nd beautiful baby at 4 weeks 5 days. After this miscarriage I was devastated. I felt alone and betrayed by God.

We stopped trying for a little and then in September 2020, we ended up displaced by the wildfires in Oregon. October 2020 we got a huge blessing financially. This really opened my eyes to God’s graciousness. On December 24th 2020 I felt off so I took a test. 12 tests later and all were positive. We called to have bloodwork done and they went up and up and up. Now I am so pleased and grateful to God that I am pregnant and due in September!