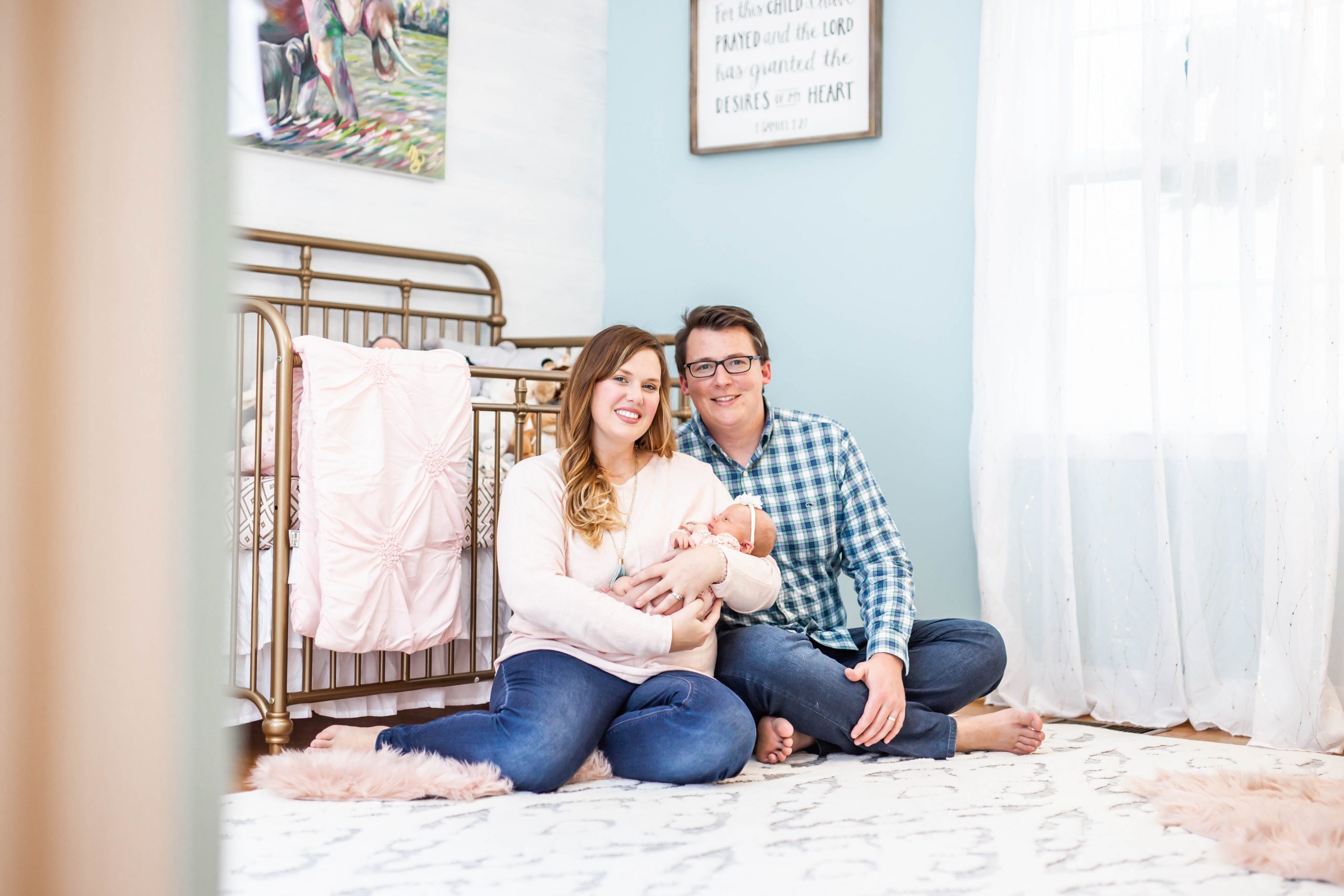 My husband and I were married in 2010. We had it all planned — we were going to wait 4 years and start a family, have 3 kids and be all finished by the time we were 30. We started trying for our family in early 2014. In late 2015 I was not only diagnosed with thyroid cancer, but found out that we were pregnant with a miracle baby, even though we had stopped trying to conceive because of the cancer. Unfortunately we were also faced with our first ectopic pregnancy, and after cancer treatment, had to wait an additional year before we could even try again.

In early 2018 we started medicated cycles and I found out in summer of 2018 that I was 8 weeks pregnant with our second ectopic pregnancy which ruptured resulting in the loss of one of my tubes. I attended my first Moms in the Making conference in 2018. I was bitter and angry and honestly just going so maybe I could be healed physically. But God radically changed my perspective of not only Him, but of my journey as well. My life has not been the same since! I then said YES to becoming a leader, and have been leading the Dunn, North Carolina, group for 2.5 years now!

I became a leader in January 2019 and became pregnant again in March 2019 for the first time in the right place!! Unfortunately in May we walked through an unexplained miscarriage at 12 weeks, but because of the support from MITM and my group, my experience was so much different then before. I had HOPE. In December 2019, God gave me the word Jubilee as my “word for the year” specifically speaking that “all that the enemy has taken will be restored”.

In March 2020 we found out again that we were pregnant  and we welcomed our miracle baby girl in November 2020. Within three days of our previous due date!!! God literally redeemed our situation! The plan I had for my life looked nothing like this, but God was there every step of the way, and I can honestly say that if things had gone the way I planned them, I would not have the relationship with Him that I do now!

From the cards from support team when I had my miscarriage, to the community who “gets it” that I get to do life with, MITM has enriched my life in more ways than I ever had imagined. Saying YES to conference, and YES to leading have been 2 of my best Yeses I have ever said! (other than to marry my husband of course 😉