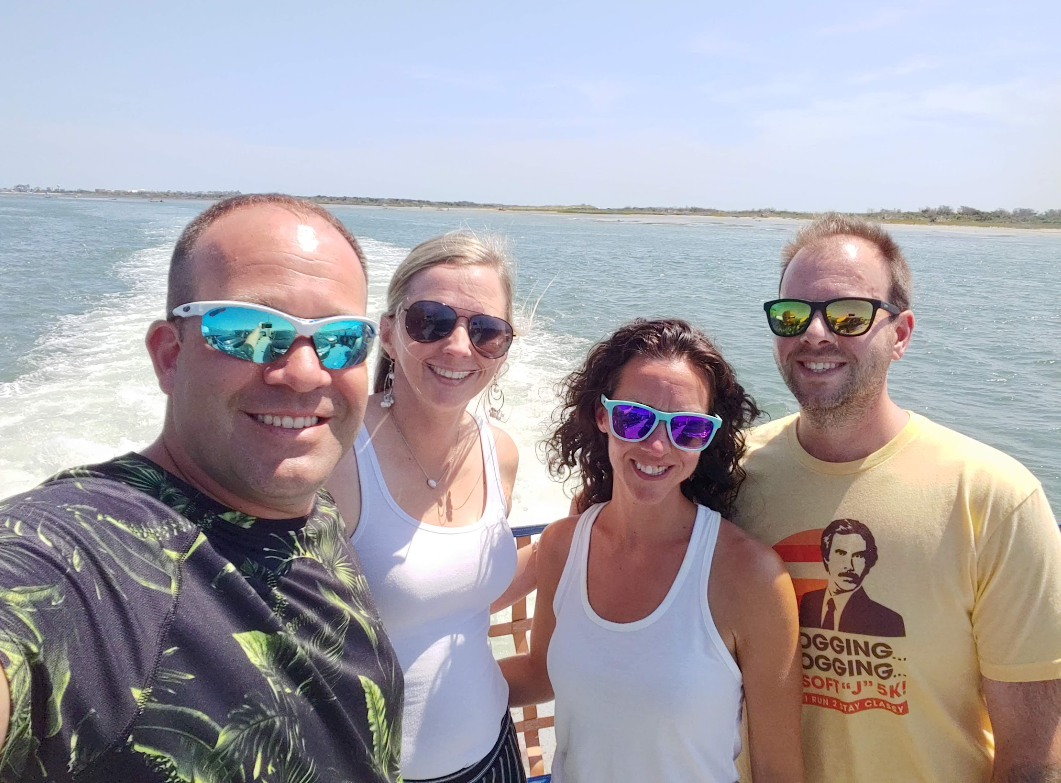 Beth and I had been Instagram friends for a little while. Right before the 2019 Moms in the Making conference, a mutual friend, Sarah, texted me telling me she had a girl from her support group attending her first conference and asked if I had space in my room for her and if I could show her the ropes since I had been before. That girl was Beth!

Beth and I quickly connected and the moment we met in person, it was a friendship. We were connected the entire weekend. Fast forward to a couple weeks later when my husband, Rob, was running a half marathon in Detroit where Beth was running the same race. We talked for a few minutes after the race, and our husbands met quickly. Fast forward even more to about a month later when we found out we would all be in Las Vegas to run yet another race. We connected the moment we got to Vegas and were together most of the time. The boys became fast friends and loved that they were both named Robert. They are Rob & Bobby and some would argue that they are closer than Beth & I are.

Since then we have gone on two beach vacations together, a weekend trip to Columbus last Christmas, Beth and Bobby met up with us while we were on our anniversary vacation and the boys met up while Beth and I were at the Moms in the Making leaders retreat. This was certainly a God orchestrated connection as men don’t generally get a lot of support on fertility issues. The fact that our husbands are friends is truly a gift and is God ordained. Because of MITM and the connections we made through that, our husbands now have support as well as besties! Thankful for how this ministry is so much more than just fertility support, but also provides lifelong friends who truly love you and will walk anything with you!