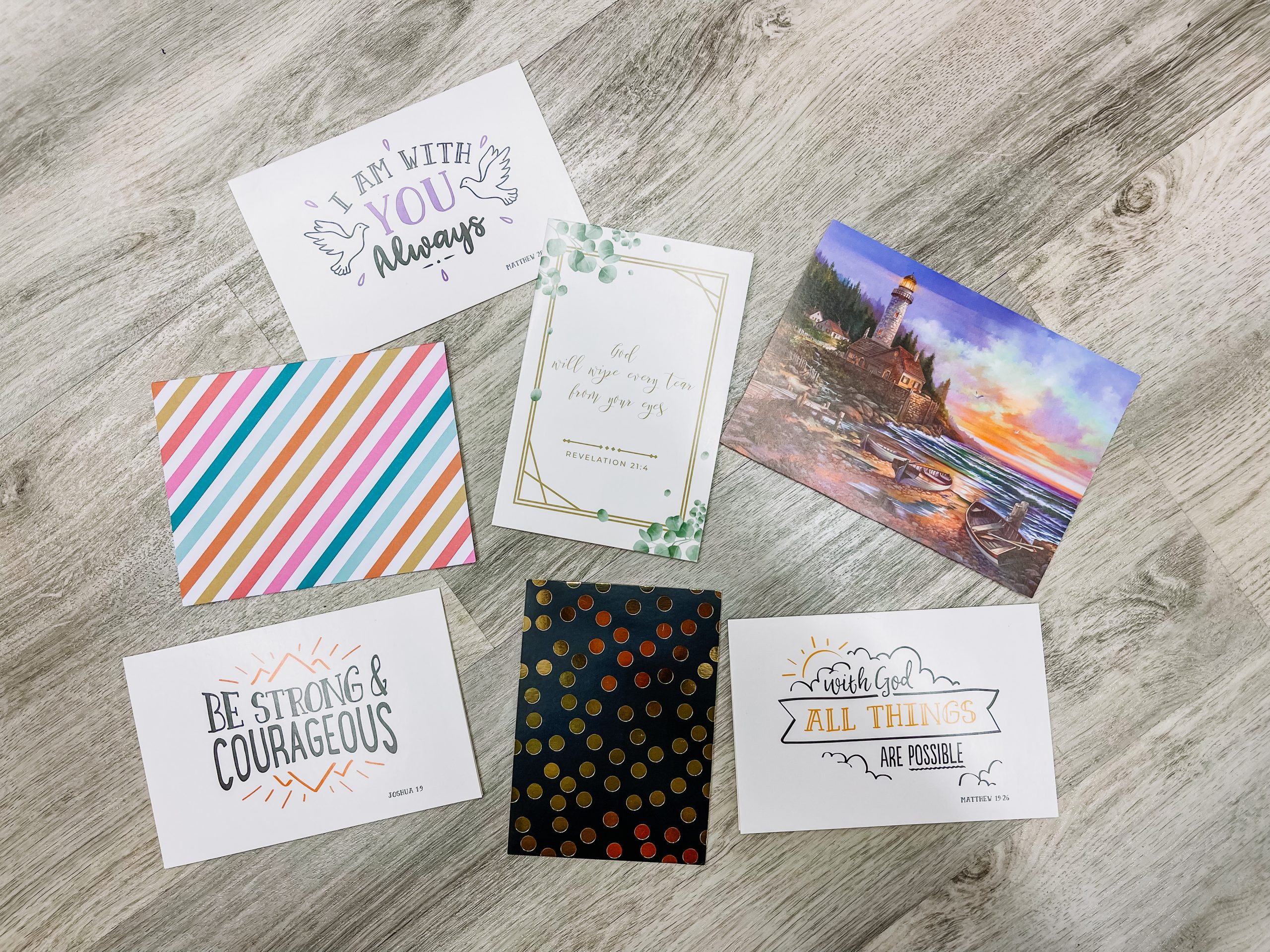 I had always seen the request to join the Moms in the Making Support Team, and even though I felt like I should sign up, I hesitated. I was just not that person who mailed letters or went to the post office. These thoughts disappeared when I had my own miscarriage and lost my son Jaiden. Everyday, for a few days straight, there was a card in our mailbox from the MITM support team. I was touched and I felt supported, seen, thought of and prayed for.

In addition to these letters, I received a set of 15 Bible verse/promise cards from Moms in the Making; one to be opened each day. Caroline apologized for the delay in their arrival but they arrived on time and at the right moment. Now that I’ve opened all 15, I take them everywhere. I pull them out and read them aloud whenever I need some encouragement and reassurance. Because of the ‘Yes’ of the women on the MITM Support Team, I was encouraged to support women who have lost their babies. I wanted to bring the same comfort that I received to their hurting hurts.

On August 28th, I signed up to be on the MITM support team. At first, it was painful because my grief was still very fresh and present. When I signed up, it was only two days after the one month anniversary of my sweet boy’s passing. After I received the second email requesting the need for support cards, I felt so overwhelmed and I questioned whether I was really ready to be doing this. But I am so thankful that I persevered; even though it hurt and reminded me of my own loss; because it brings me comfort and peace to be there for someone who is going through a similar situation. I encourage all who can, to sign up to be on the MITM Support Team. It is not only a blessing to the receiver but to the giver as well.

My virtual group was also very supportive not just with their prayers, but with two very special gifts. The first was a water color picture of our Comforter holding my sweet son. This picture fills me with so much peace because there is no better place to be than in the arms of Jesus. The second gift is a necklace. It reminds me that my baby boy will always be near. The thing that I love most about these gifts is that each one has Jaiden’s name and date of birth. He did not meet any of my virtual group or MITM support team women but he was known and prayed for and he will be missed and remembered. Thank you Moms in the Making!