Posted at 06:00h in Testimonies by hayleym 2 Comments
Share 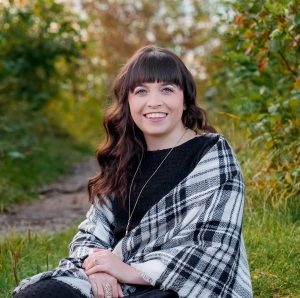 A few months ago I shared my testimony about how God healed me after I had been told I would be in a wheelchair by the age of 30. Two years after that healing, I was diagnosed with endometriosis. I was prescribed a birth control pill for treatment, which gave me awful mood swings. After six months, I had to quit it, and ended up with worse symptoms than I thought possible.

One Sunday, God prompted me to respond to my pastor’s altar call for healing. I told God there was no way I was going to ask a man to pray for my period, but if he called his wife up, I would go. No sooner had I finished being disobedient, than my pastor asked his wife to come up and pray with him. The pastor’s wife shared her testimony of receiving healing for a similar problem as me.  She encouraged me not to keep knocking like the persistent widow in Luke 18. She also encouraged me to use Isaiah 53:5 to rebuke endometriosis from my body. I had already taken God healing my feet for granted, but she helped show me that the same healing provision was for endometriosis.

For the next two cycles, every time a symptom came, I commanded it to leave my body in Jesus’s name because I was healed. The third cycle after that, I could function normally!  Every symptom of endometriosis was gone.

When we started trying, we thought we would have children right away because of this testimony. That has not been the case. I don’t know why, and I have been reluctant to share this testimony because of that. But, what I do know is that no trace of endometriosis can be found in my body. I know that God still heals. After our loss, I completely rejected the idea that I could declare healing over my body or that was God’s desire for me, but Moms in the Making helped bring me back to this truth. I know that He is doing work in my body and that my children will rise up and call me blessed!