26 Oct After Taking a Break We Got Pregnant

Posted at 04:00h in Testimonies by cnhadmin 0 Comments
Share 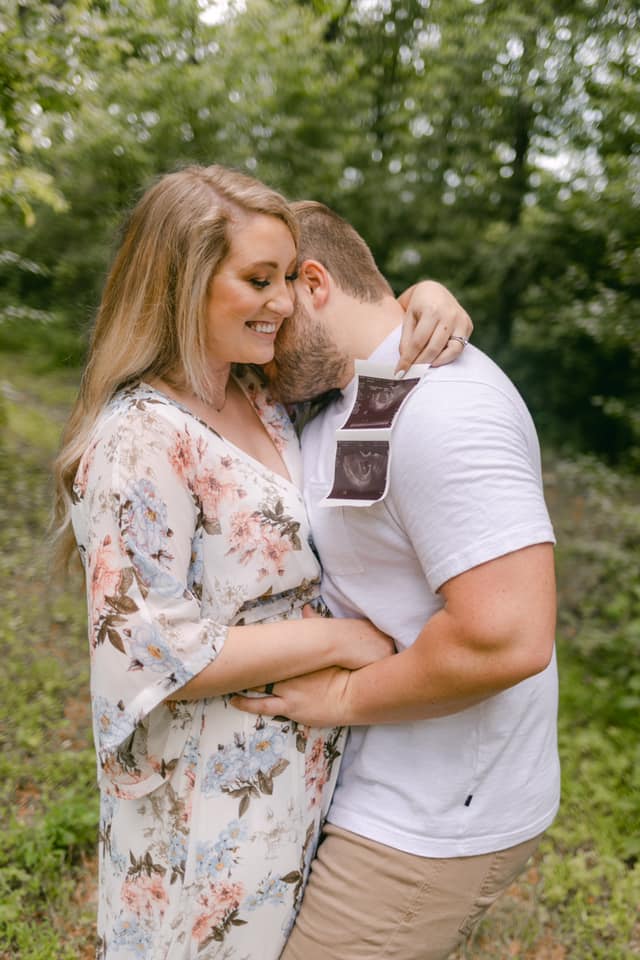 My husband and I got married in 2014 and thought we would wait a year or two before ttc. We were naive to think it would be easy like the world shows us it is. In 2016 I was diagnosed with pcos and thyroid issues. I began medicine to help. In 2017 we officially started our ttc journey. After a year and a half we decided to seek help through an RE. We did 6 + rounds of clomid, letrozole and trigger shots. But still no luck.

God said to stop it all and give it to Him and we did. Soon after we found out we were pregnant but we miscarried. We didn’t understand. I started getting support cards from the Moms in the Making support team and that helped us through. A few months later the Lord told me I would start a MITM group in my town. I had never led a group but listened to Him. My group started in January 2021.

We had done a few more medicated cycles but were looking at IUI now as a next step. When I started leading my group the Lord allowed me to focus on my women and their journeys over mine. I prayed for them more than myself and suddenly my timeline didn’t feel as urgent. I knew He had promised us a baby and would fulfill that. If not now, then later and I was finally ok with that for the first time. I poured into my women and in March started our first IUI process and the IUI failed. We took the next month off to take a small break and enjoy our family beach trip. I had been sick at the beach most of the week so the day we were supposed to go home I took a test and it was positive. We couldn’t believe it but were so thankful. We are now 25 weeks with our rainbow baby boy, due in January. God is so faithful!