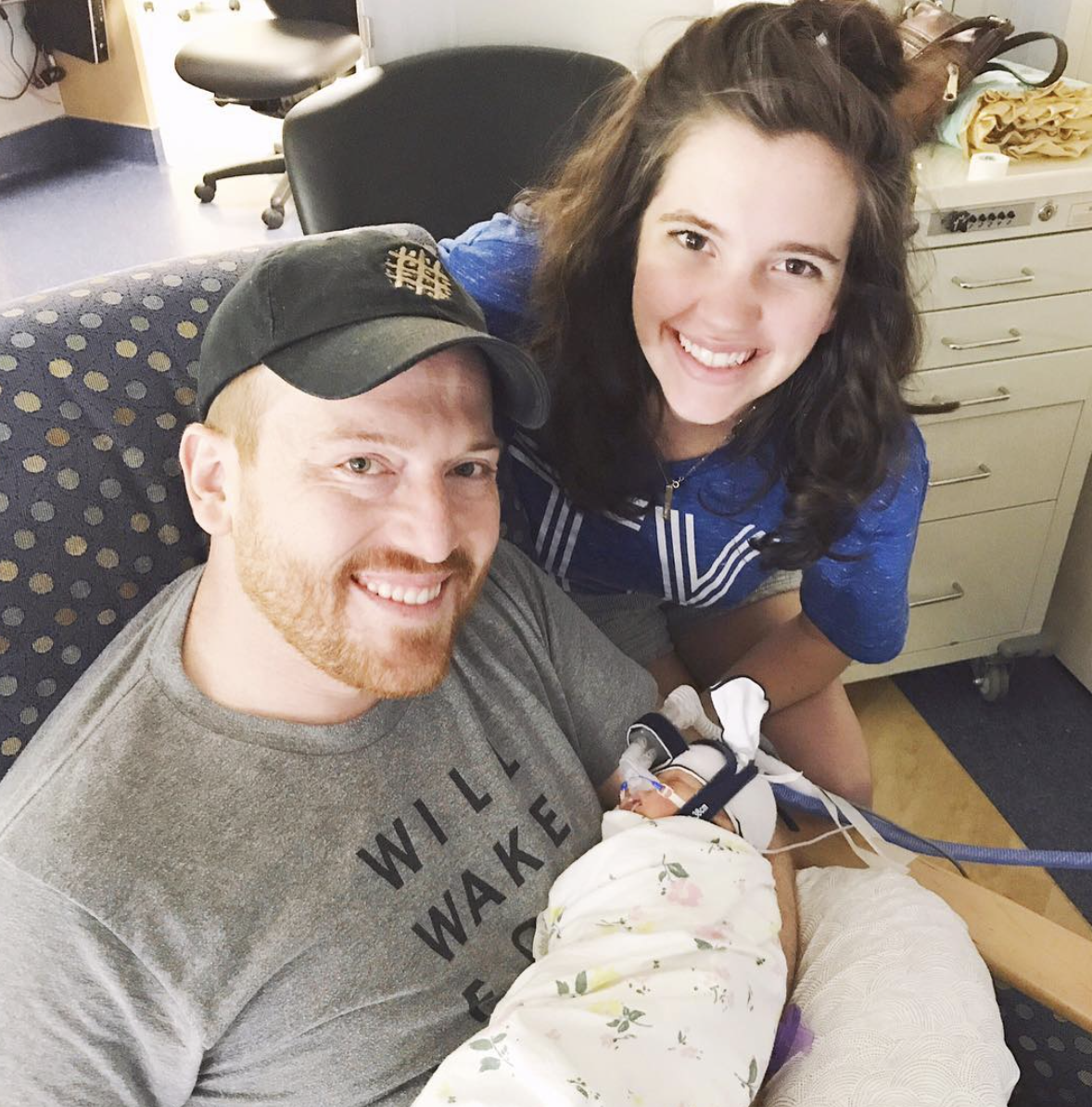 Posted at 20:37h in Testimonies by cnhadmin 0 Comments
Share

“Ever since I was little, I only wanted to be a mom! When my husband was ready to start trying it just happened. I was so excited! I immediately began making plans for this little life. Shortly after, around 6 weeks, I began to miscarry. I remember laying on the floor of my bedroom wailing because that life had been stolen from me. I immediately wanted to start trying again. I was destined to be a mom and I wanted to do anything I could to make that happen! After 7 months of either not ovulating or doing medication, we finally got pregnant again! 7 weeks in, we were on vacation in Florida when I woke up in excruciating pain. After a late night ER trip we realized we were miscarrying again. Next step was IUI. The first was unsuccessful and resulted in a golfball sized cyst. We took a short break and then I went in for my baseline sono for IUI number 2. Before going in I prayed for clarity. I wasn’t sure if we should be doing this IUI or if I was trying too hard to control our fertility. I told my husband that we wouldn’t do it if the cyst was still there. Miraculously the cyst was totally gone – no trace of it whatsoever! That is the cycle we became pregnant with our sweet Lainey. Our miracle baby! It was a fairly easy pregnancy until my water broke randomly at 22 weeks 5 days. Lainey made her entrance into the world at 24 weeks – 1lb 4oz and 11 inches long. It has been a long road and will continue to be, but through it all the Lord has shown us that we are not in control and that we can trust Him. He is comforter, protector, fierce fighter, and He loves us more than we could ever know! Update: Lainey is now 39 weeks gestational, doing well and hopefully busting out of that NICU soon!”